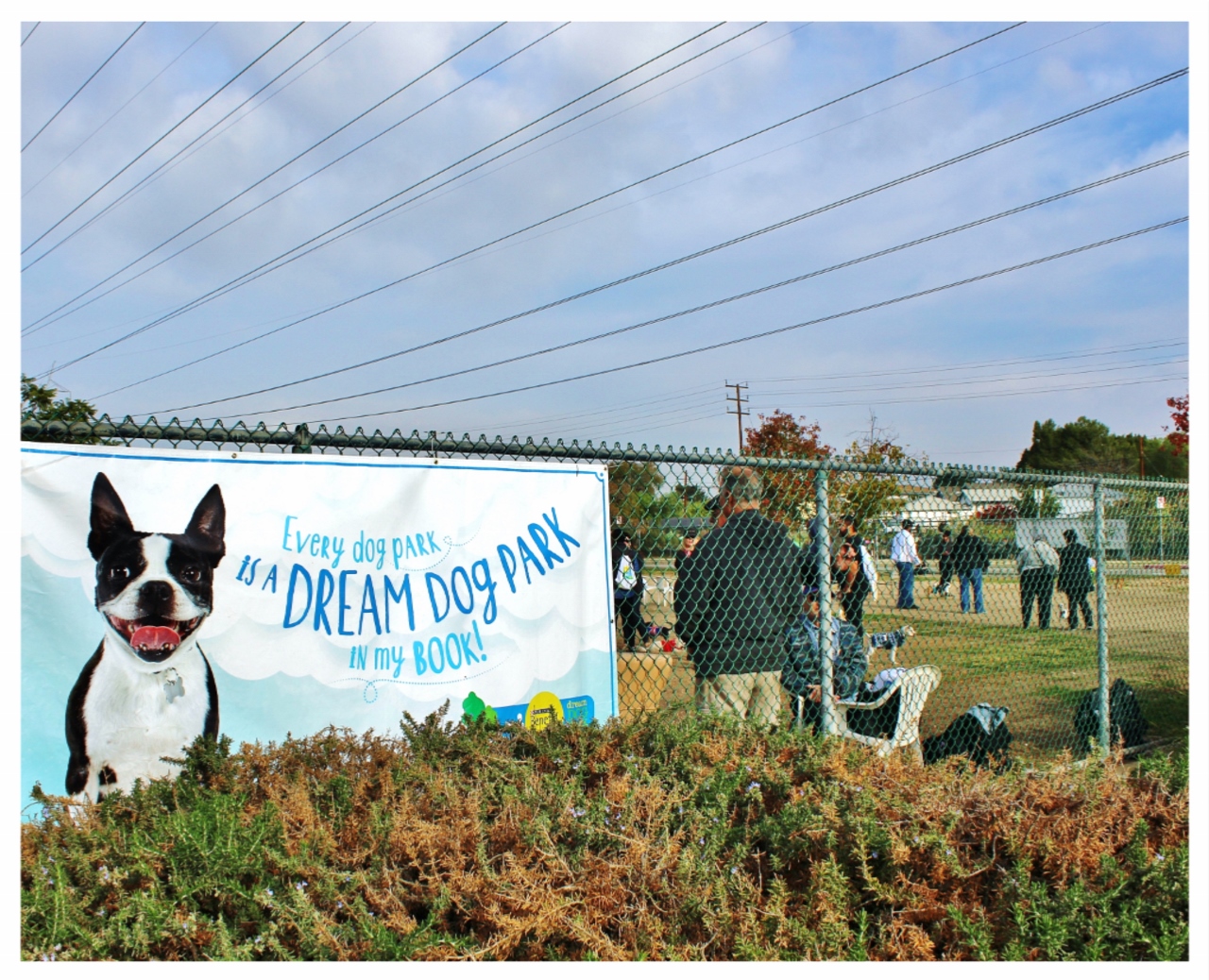 As the winning park, the City of Los Angeles Department of Recreation and Parks received $20,000 from Beneful to improve the park. Whitnall is widely used by dog owners in the area but lacks basic amenities like shade structures, ADA compliant access gates and adequate seating. So, in order to really transform Whitnall into a place the community can better use and enjoy, I matched the prize money with $20,000 in additional funding from my own office budget, creating a grand total of $40,000 earmarked for park improvements. That announcement happened at a community ceremony in early December 2016.

Some of you have expressed concerns about the length of time it has taken for improvements to begin, and this delay has been a great aggravation to me as well. The primary complicating factor in this project has been the presence of high voltage power lines both above and below the Whitnall Off-Leash Dog Park. These power lines raise very real safety concerns and trigger multiple layers of federal and state restrictions governing construction at the park. Because of where the park is located and out of concern for the safety of park users and their pets, the Los Angeles Department of Water and Power (LADWP) has required the Department of Recreation and Parks (RAP) to adhere strictly to all the rules governing improvements on land underneath, and containing active high voltage power transmission lines.

After many meetings between my office and LADWP and RAP, I am pleased to inform you that we are now making real progress on the upgrades. RAP is now set to break ground on phase one of the construction before the end of 2017, and there is a clear commitment to multiple important improvements.

A Year of Work

Before I go into the details, I’d like to give you a brief rundown of the work that’s been done this year. Despite enormous bureaucratic complications, my office has consistently and forcefully pushed to keep the project moving forward:

We now have an overall design that reflects the community’s needs and consensus wishes, based on input from calls, emails and the community meeting that took place in May. Below is a snapshot of the important upgrades that will happen over the course of the next few months:

The above list of upgrades exceeds the $40,000 in funding we secured for park improvements through Beneful and my office, and it contains nearly every improvement that the community and I have called for. Because these upgrades will greatly enhance the park, I am going to work with RAP to ensure they can secure the additional money to make them.

Some of you expressed a desire for additional grass and irrigation at the park as well; however, the price tag for those two items would put the cost of the project out of reach at this time. Installing grass in both areas would cost over a quarter million dollars, and it would quickly die and need to be replaced due to dog urine and constant use, which is why the City does not commonly install grass in its dog parks. I hope you agree that we need to focus on the important upgrades we both want and can afford to make right now.

You now know some of the challenges we’ve encountered and the work that’s been done in our quest to make the Whitnall Off-Lease Dog Park a better place for dog owners and pets. Although the process wasn’t fast or easy, we are nearing the end of the planning phase and will break ground on construction soon.

Thank you for your patience and continued engagement and advocacy. If you have questions or comments, please contact my Field Director, Jackie Keene, at [email protected] or (818) 755-7676.