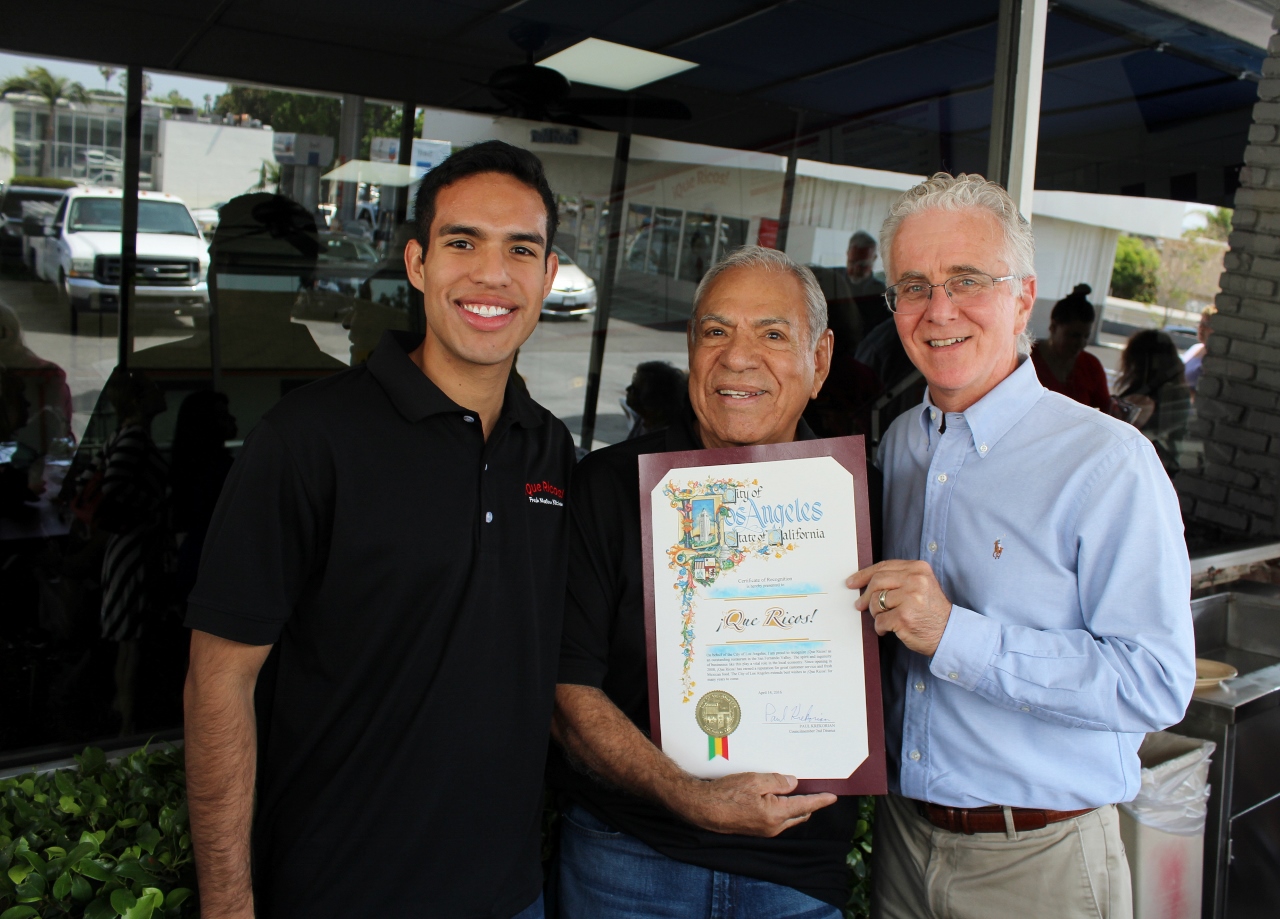 VALLEY GLEN - When Gustavo Castillo opened Que Ricos in 1992, he set out to create a gathering place for the community where authentic Mexican dishes would be made with the freshest ingredients. Two decades later, the family-owned and operated business has six locations across Los Angeles and is holding true to its promise.

This week, Councilmember Krekorian joined dozens of community members at Que Ricos in Valley Glen during April's Lunch with Paul event for a serving of tasty tacos, tortas and burritos. Gustavo and his son Gustavo Jr. greeted the long line of patrons with great hospitality and delicious food.

Que Ricos also revealed it's new redesign. The restaurant's new logo and style coupled with its mission to provide a healthier menu are part of its efforts to modernize and continue attracting a new a generation of customers. Que Ricos is one of the first Valley restaurants to participate in the Choose Health LA program.

If you're overwhelmed by all the delectable choices Que Ricos has to offer, don't leave without trying the tacos or the undisputed local favorite, the super torta.

To view more photos from the event, click here: flic.kr/s/aHskuVcRyd.