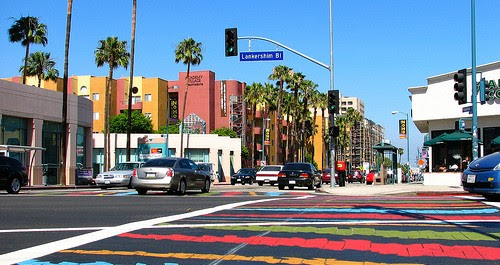 You may have heard about the Mayor's Great Streets Initiative and the options being discussed on portions of Lankershim Boulevard in North Hollywood. My office has held five public meetings with businesses, residents and stakeholders on the topic and we've received much valuable feedback. Because this is an important discussion for people in NoHo and the East Valley, I wanted to share with you my letter to the community with my thoughts on the current options.

In it, I summarize what's happened so far and state my belief that "some of the changes proposed by the Great Streets staff should not be implemented at this time. In particular, I am concerned about the unintended consequences of the proposal to remove traffic lanes and parking from Lankershim."

This is why I am asking the Great Streets staff and LADOT to go back to the drawing board on their proposal and come back to the community and me with options that better suit the diverse nature of this North Hollywood corridor. I believe we can embrace safety and add more continuity for bicyclists without sacrificing lanes on one of the Valley's busiest thoroughfares. What I am looking for is a proposal that preserves Lankershim's existing traffic lanes; improves continuity and safety for cyclists, pedestrians and drivers; and also includes beautification elements to spruce up the entire corridor. It may take a little time to modify the proposal, but I believe we must do so in order to move forward in the best interests of the entire community and to align with the city's Vision Zero action plan.

In the meantime, my office isn't waiting to improve the area. Since 2014, we have worked with public and private partners to improve this Lankershim corridor, including partnering with the North Hollywood Business Improvement District to open and provide programming on the NoHo Plaza People Street; working with the Laemmle NoHo 7 to add a bike corral next to the theater; partnering with Metro to restore the historic Lankershim Depot and reopen it with Groundwork Coffee as a tenant; creating an underground pedestrian walkway between the Orange and Red Line stations to enhance pedestrian safety; and adding crosswalks, rapid flashing beacons, and, most recently, a new traffic signal between Magnolia and Weddington to calm traffic and allow pedestrians to easily get to businesses on both sides of the street. Each of these projects has improved mobility, safety and connectivity, in keeping with my commitment to implement the goals and objectives of Vision Zero in the heart of the NoHo Arts District.

In addition, as Chair of the Budget and Finance Committee, I led the effort to set aside $24 million in new investments in Vision Zero projects to improve safety on high-priority corridors, like Lankershim. Separately, I created the city's sidewalk repair trust fund and budgeted $31 million that will be spent in the next fiscal year on pedestrian safety improvements.

As we move ahead, I look forward to working with Great Streets and LADOT staff to come up with options that will work in North Hollywood and support our shared objectives. Read the full community letter here.