Leading The Fight Against Ghost Guns

On August 31, 2021, acting on a motion introduced by Councilmembers Paul Krekorian and Paul Koretz, the City Council approved drafting an ordinance prohibiting the purchase, possession or sale of so-called “ghost guns” -- untraceable firearms assembled from parts manufactured without serial numbers.

The LAPD reports that a third of the guns recovered from crime suspects in 2020 were ghost guns. The shooter in the 2013 Santa Monica College killings, and the Saugus High School student who murdered two of his fellow students and wounded two Los Angeles Sheriff’s deputies committed their crimes using ghost guns assembled from mail order kits. In 2019, of all of the ghost guns recovered by the Bureau of Alcohol, Tobacco and Firearms throughout the US, more than 25 percent were seized in California.

Because they are assembled from kits, ghost guns allow criminals to evade background checks that would otherwise bar them from acquiring or possessing firearms.  Ghost gun kits also allow individuals to assemble firearms that normally would be prohibited from sale in California.  And because the parts do not bear serial numbers, the assembled ghost guns are untraceable by law enforcement and thus highly valuable to violent felons.

The City is also suing Polymer 80, the Las Vegas-based manufacturer of most of the Ghost Gun parts that find their way to Los Angeles. If the City prevails, other jurisdictions may follow suit and the manufacturers of the criminals’ favorite weapons may be out of business. 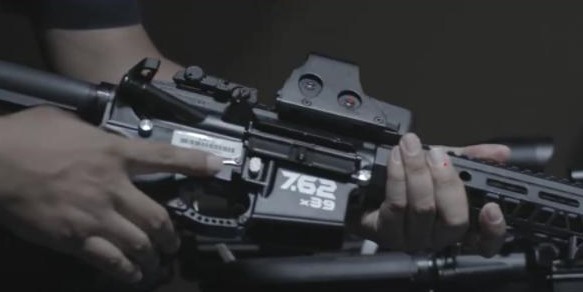