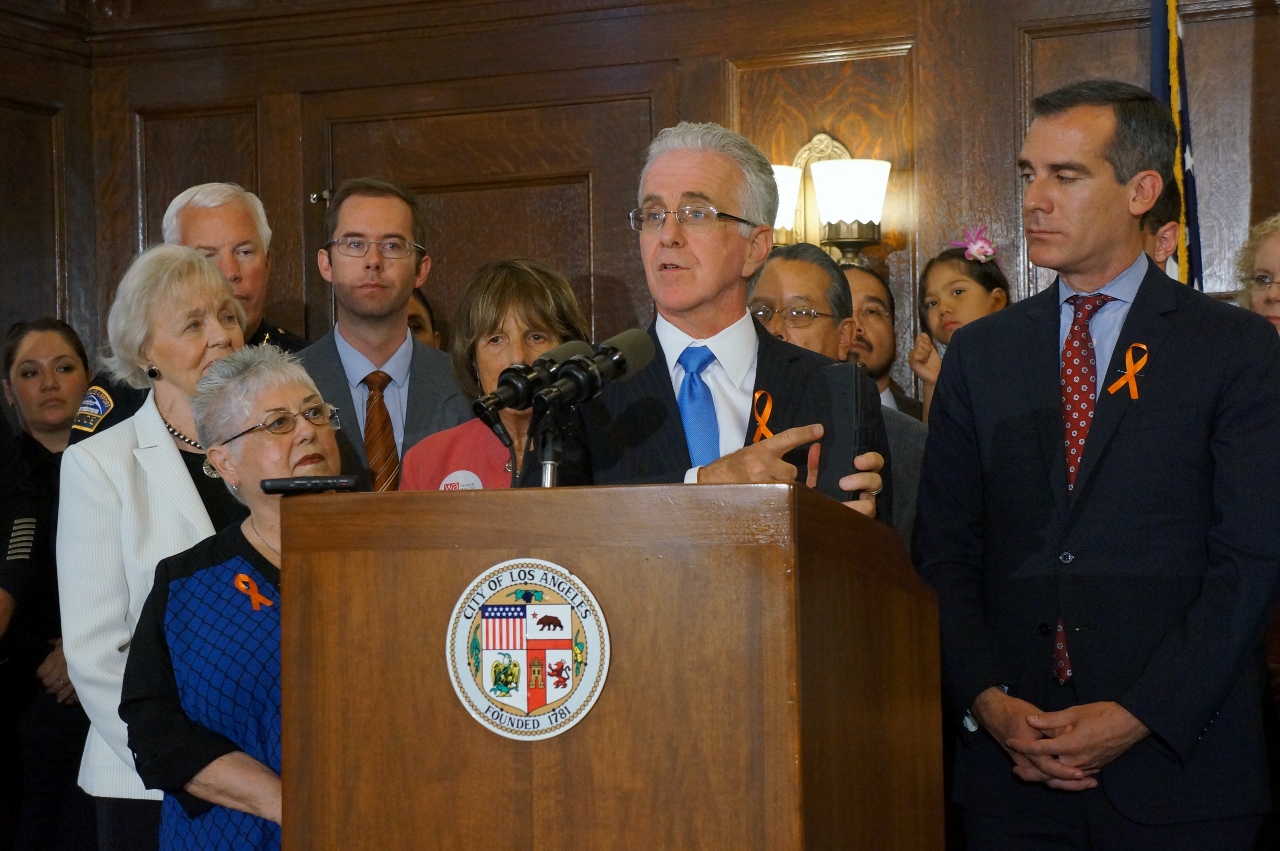 LOS ANGELES - This Thursday, the LA Superior Court denied the request by National Rifle Association lawyers to block Los Angeles from enforcing its recent ban on the possession of large-capacity magazines. The ban, authored by Councilmember Krekorian, passed by the full City Council and signed into law by Mayor Garcetti this past summer, will allow police to enforce the ban beginning on Nov. 19, 2015.

"The City Council banned the possession of large-capacity magazines to give law enforcement another tool to keep people safe and get these dangerous devices off the streets," said Krekorian. "Starting next week, Los Angeles wilI start enforcing and upholding the ban. I urge anyone currently in possession of these illegal magazines to dispose of them legally at an LAPD station before enforcement begins."

According to law, any person who legally possessed a large-capacity magazine prior to the effective date of the ordinance has until Nov. 19 to: