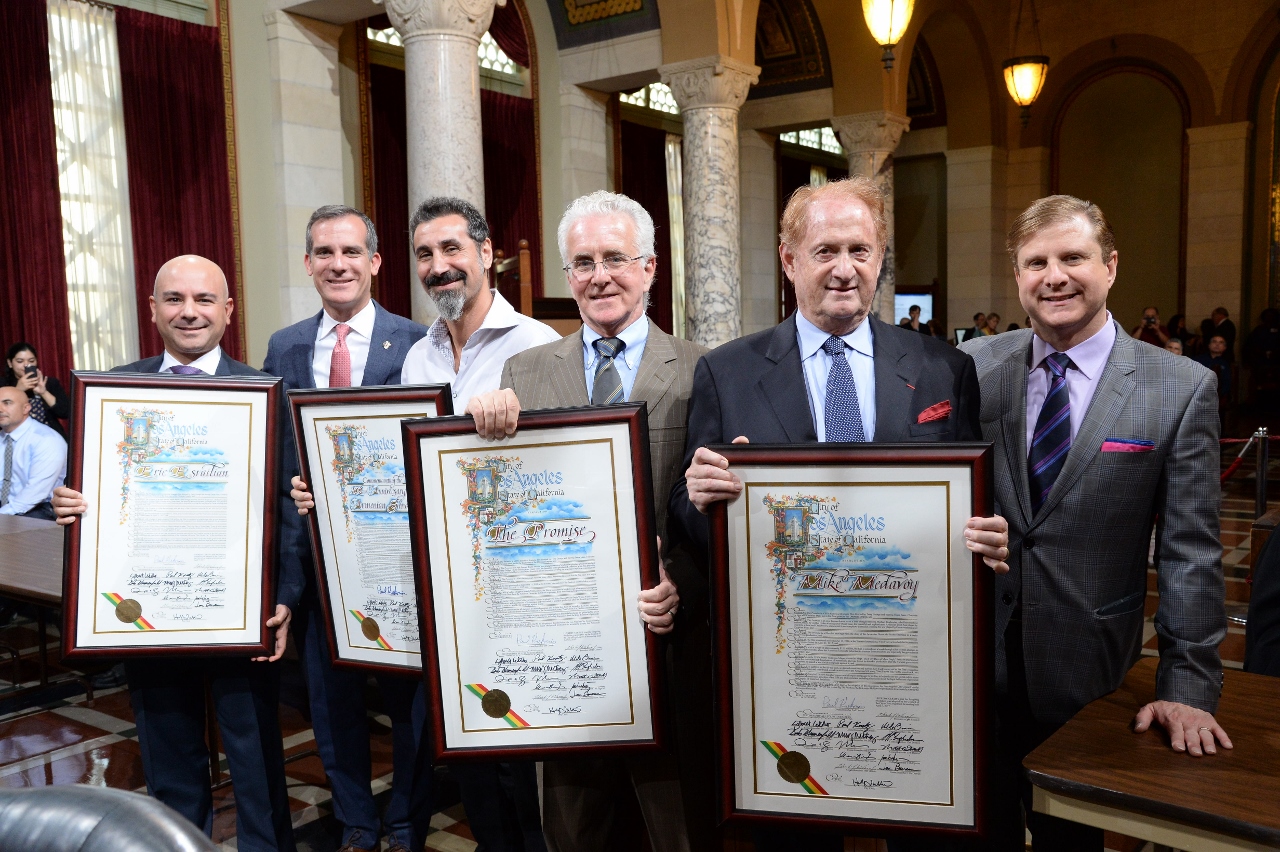 This month, Angelenos and people across the world commemorated the 102nd anniversary of the Armenian Genocide, one of the most horrific events of the 20th Century. The Genocide was a defining moment for Armenians, but because the Armenian people have survived and thrived in the years since, the cause of justice and recognition has been taken up by millions of people of all nationalities who care deeply about human rights.

For the first time, the history of Armenians and the atrocities committed against them has been brought to the silver screen thanks to the release of the new motion picture The Promise. Today, I proudly led a special City Council presentation commemorating the Armenian Genocide and honoring the filmmakers behind this incredible film.

The Promise, the first big-budget Hollywood film to discuss the Armenian Genocide, is a historical drama directed by Terry George and starring Oscar Isaac, Charlotte Le Bon and Christian Bale, set in the final years of the Ottoman Empire. Mayor Eric Garcetti and Controller Ron Galperin joined me to honor the film's producers, Mike Medavoy and Eric Esrailian, along with Serj Tankian, musician, activist and the film's executive music consultant, who also contributed a modern rendition of the Armenian folk song, "Sari Siroun Yar," to the soundtrack.

The film has brought the story and strife of the Armenian people to a much wider audience. It has also shown why recognizing the genocide is still a critically important issue today. I hope you will support the film and encourage you to see it this weekend on the big screen. 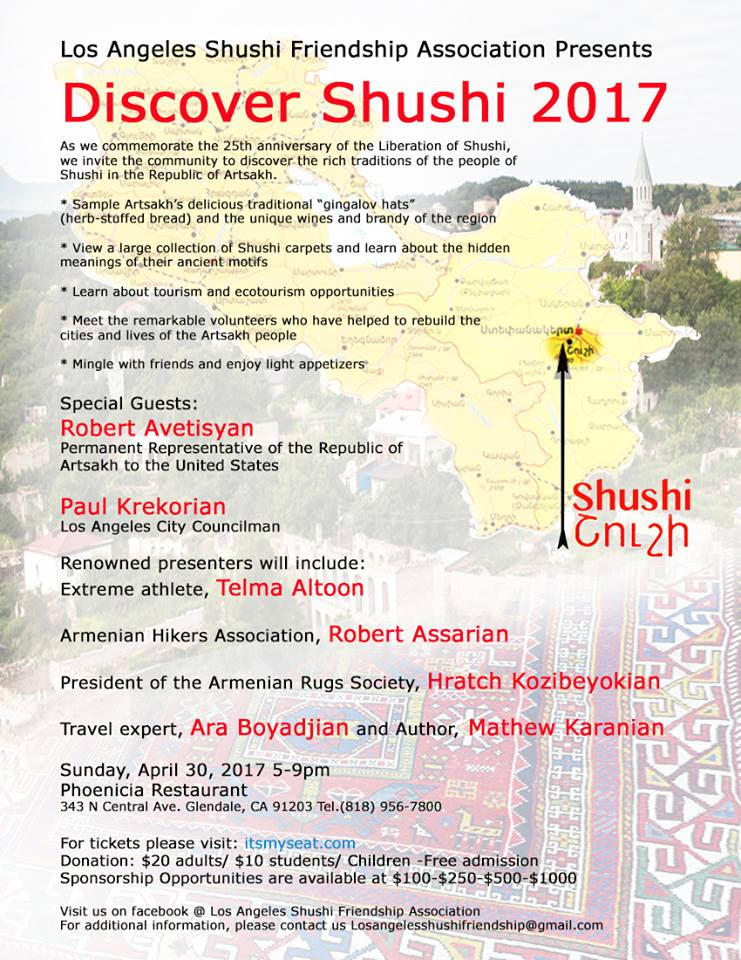 This Sunday, I invite you to join me at an event to learn more about Armenians living abroad in the city of Shushi, located in the Republic of Artsakh. In 2012, the City Council formally established Shushi as a Friendship City with Los Angeles.

The event is a terrific opportunity to experience and celebrate Shushi's rich culture and commemorate the 25th anniversary of Artsakh's freedom. To learn more about Discover Shushi 2017 and for tickets, visit www.itsmyseat.com/events/705997.html.