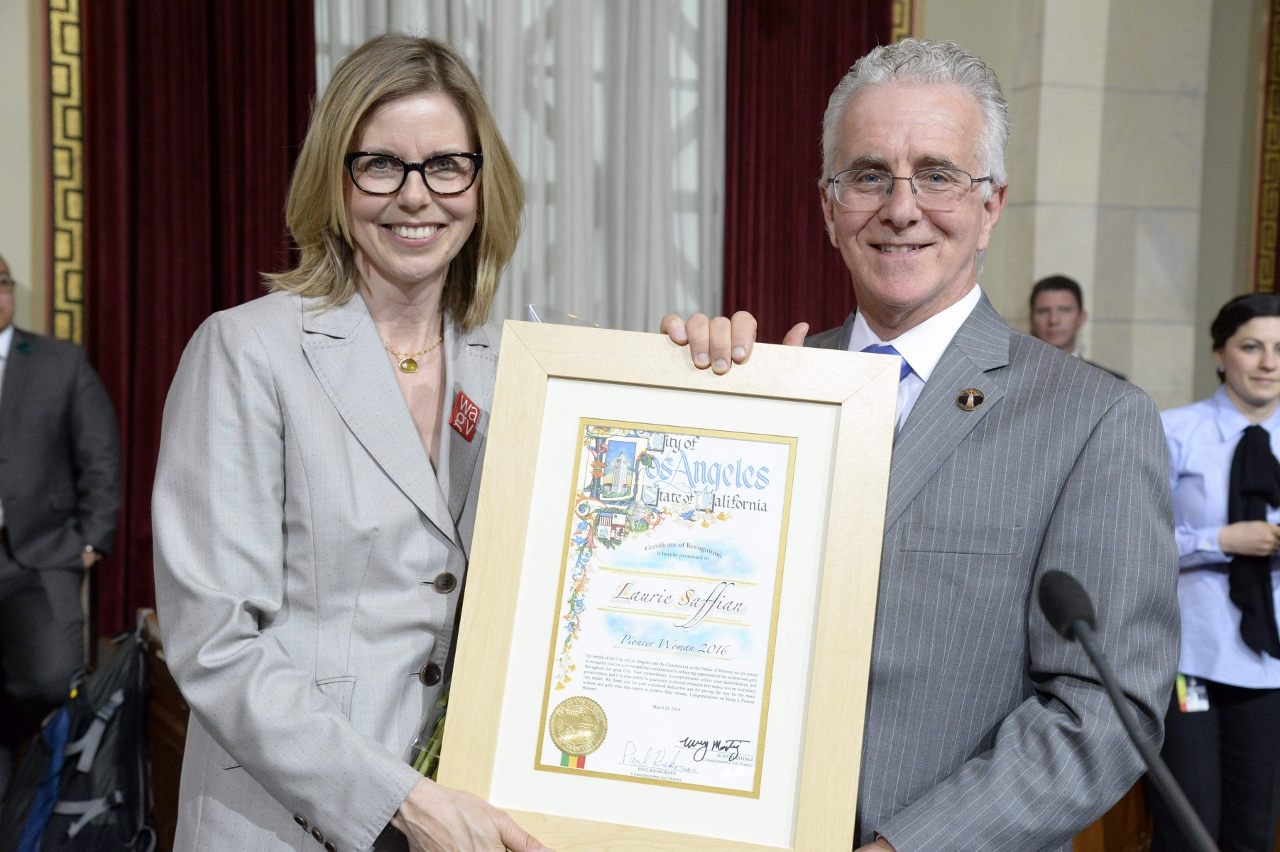 LOS ANGELES - Councilmember Krekorian honored Laurie Saffian as Council District 2's Pioneer Woman of the Year, the 28th annual event sponsored by the city's Commission on the Status of Women.

A proud, second-generation community activist, Laurie has dedicated her professional and volunteer life to creating safer communities.  As an advocate for gun violence prevention, Laurie serves as the co-chair of Women Against Gun Violence (WAGV), a Los Angeles-based organization that, for over 20 years, has advocated for common-sense gun laws, and provided education on keeping families and communities safe from gun violence.

Laurie also helped create the TALK Project - a WAGV program designed to educate families on how to protect children from gun violence - which has received recognition from the Los Angeles City Council and has helped reach out to thousands of Los Angeles families.

As president of the board of L.A. SHARES, a materials reuse program in its 25th year, Laurie has directed over $200 million in new and gently-used items to more than 4,000 local non-profit organizations each year, which has kept more than a million pounds of material out of landfills.
Congratulations to Laurie on being recognized for her leadership on important issues that enhance our communities and keep neighborhoods safe.
community
Do you like this post?
Tweet