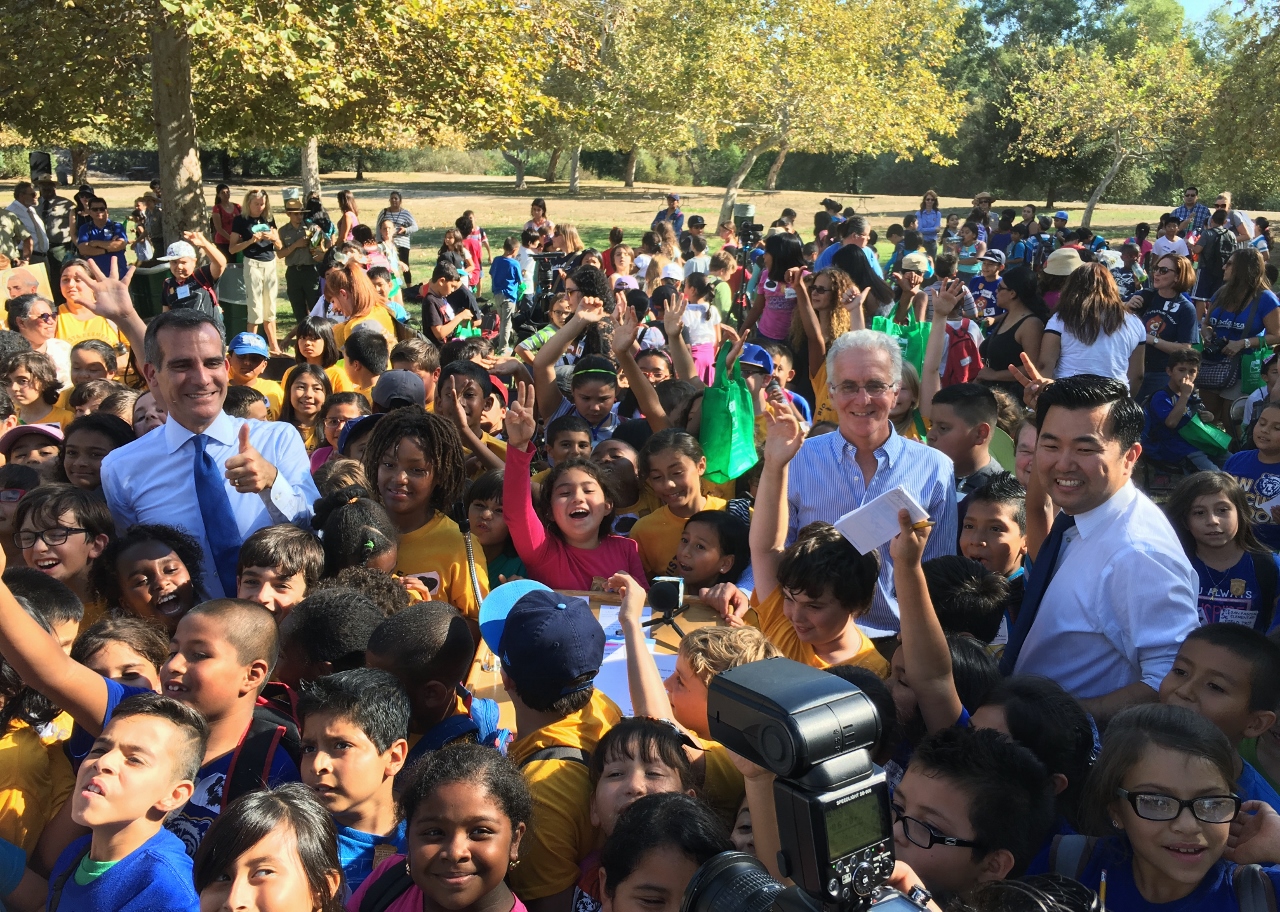 LOS ANGELES - This week, the city and county of Los Angeles announced a $6 million joint investment to revitalize the LA River Valley Greenway in the San Fernando Valley. Councilmember Krekorian, whose district includes a segment of the river, joined Mayor Eric Garcetti and Supervisor Sheila Kuehl to announce the partnership.

The City's $3 million in funding for the project was provided through park funds from the offices of Councilmembers Krekorian, Blumenfield, Ryu and Martinez, which will enable the project's design completion for the 12-mile greenway between the Elysian Valley and Canoga Park and allow the project to be shovel-ready for a contiguous bikeway and walkway along the river.

"The partnership between the city and county will transform the way Angelenos use and view the L.A. River in the San Fernando Valley," said Councilmember Krekorian. "By working together to connect the patchwork of ongoing revitalization projects, like the Valleyheart Riverwalk project in my district, we are restoring the river's majesty in its Valley home."